The impact of technology on finance takes many forms, some immediate, some likely to develop over time.

What separates the fintech culture from the traditional firms has often been a refocus on dedication to benefitting customers and client experience, over profits and gains. However, an often-overlooked segment of the market has been practising the very same values as fintech’s, maintaining a customer-centric approach.

Following 2008, and the bumpy road back to normality, the financial industry had been forced to accept a lot of new normals. From tighter and closely monitored regulation to a customer base who had become disenfranchised with the greed they observed in years prior. Embracing the most direct routes to improving customer services and efficiencies internally have largely, and unsurprisingly, centred on the technical.

Just for context, technology is much more than just a fad - adopting it (for some) is a race against time, based on the spends some large incumbents have opted to channel into digitisation projects.

The top 500 retail banks spent an estimated $116.36 billion on IT in 2018 alone according to market research from Ovum.

Certainly, the need to digitise is being taken seriously by those with the most to lose.

As we’ve seen, these are not small figures we’re talking about - rather than purely being a trend, technology is the centrepiece of the strategies for these large banks moving forward, for the next decade and onwards.

And yet, there are corners of the financial market which appear to have not yet acknowledged the ticking clock on their modernisation efforts. Building societies, despite sharing similar motivations to fintech challengers, have seen remarkably little in the way of digital projects and changes to their product offerings.

This is a surprising reality, considering the compatibility between building societies and fintechs being built around a core ethos of providing superior service and long-term client relationships.

Just take this note on the incredible opportunity that awaits. A large portion of ‘members’ (account holders) are both mortgage and savings clients, meaning they have the vast majority of their personal / family wealth in one place.

That’s the type of client relationship and brand loyalty we think all financial companies strive for, especially challengers competing to become the new ‘hub’ of our financial lives.

The best-known benefits of digital are highly transferable to enhancing the accessibility, personalisation and quality of the kind of service offered by building societies.

Naturally, while money continues to roll in for these kinds of traditional, established firms, the best advice might be that resting on your laurels is not the best strategy in a competitive industry. Change is inevitable, certainly for survival. You can thank Darwin for that little nugget of wisdom.

Nationwide, the largest building society in the world, is perhaps the only exception here. Their approach is worth considering for a moment.

With over £200 billion in AUM, the second-largest competitor - Yorkshire Building Society - is hardly a competitor at all with approximately £32 billion in AUM. Last year, Nationwide announced an enhanced spend into digitisation, with a total investment of £4.1 billion over the next five years. Beyond that, they intend to hire another 750 staff to build a 1,000-strong team in their newly formed digital innovation hub in London.

With 15 million members, and 7.7% market share of UK current accounts, they have already released a mobile banking app, and are supported by around 700 branches in the UK. Despite being hugely profitable, Nationwide has chosen to put more into their digitisation than almost all the other building societies combined. It’s not as if they know something we don’t. This strikes me more as Nationwide being big enough to feel confident about digitising - to address the generational issue facing financial businesses in digitising before it’s simply too late.

So why does this matter to everyone else?

Well, clearly the largest players in all the financial sub-sectors have recognised the opportunity for digital remodelling as a tool for scalability, risk management and innovation. However, they’re also responding to the impending changes such as demographics, market landscape and customer expectations, too.

There are several well-documented challenges approaching the financial industry as a whole. A few key ones are:

Whether you work as a banker, wealth manager, IFA or in a building society, those three factors alone will fundamentally change the way you do business. In an industry that hadn’t changed a great deal for decades, things have picked up very quickly and in a very significant way.

With an increase in solutions providers making digitisation both more accessible and more affordable, the situation is certainly not as bad as it could be. The advantages of shifting to digital sooner will prove even more valuable in the future, beyond the considerable, immediate benefits.

You won’t find us on a street corner shouting “The end is nigh” (yet), but it may be that those who fail to embrace more modern infrastructures will find it almost impossible to adopt the solutions of the future. Without a digital foundation in place, next-gen products and operations will be frankly alien to a traditional setup.

It’s easy to perceive all this as fear-mongering, which is not the intention - all we should really accept is that paying technology lip service or disregarding its importance is more than a risk, it’s a resignation.

That said, there is a world of opportunity out there for the building societies looking to future-proof effectively and begin to make the digitisation journey that every financial business is hopefully embarking on. We live in a world where technology can ease so many of the existing burdens in the industry, from the administrative all the way to unlock exciting new products to valued (and new) clients.

Building societies are created by their members, for their members. At Nucoro, our technology plays by the same rules. We’ve been able to bring businesses closer to their clients and strengthen the dynamics of the relationships they build with them.

To find out more download our whitepaper: 'Building Societies: The sleeping giants of digital' 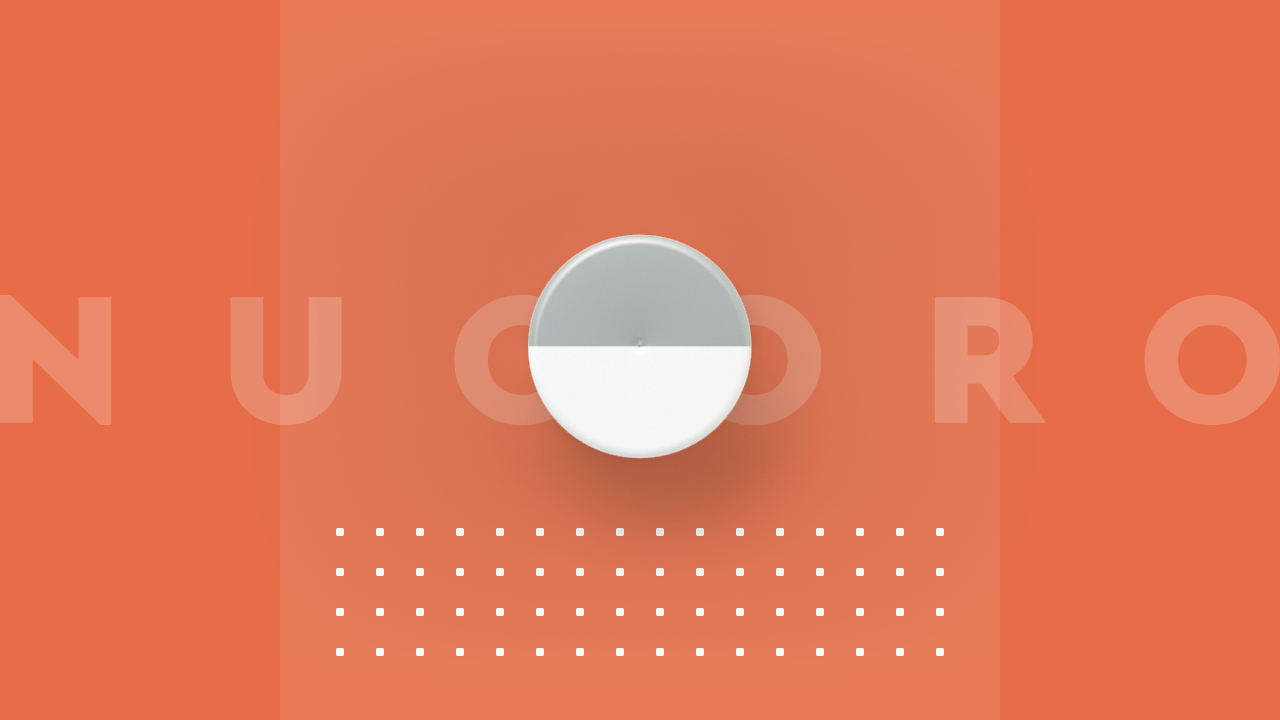 As the tectonic plates of consumer expectation continue to shift and as demographic flux sees wealth transferred to younger, more tech-savvy generations, traditional, face-to-face wealth manager/investor relationships are under threat. 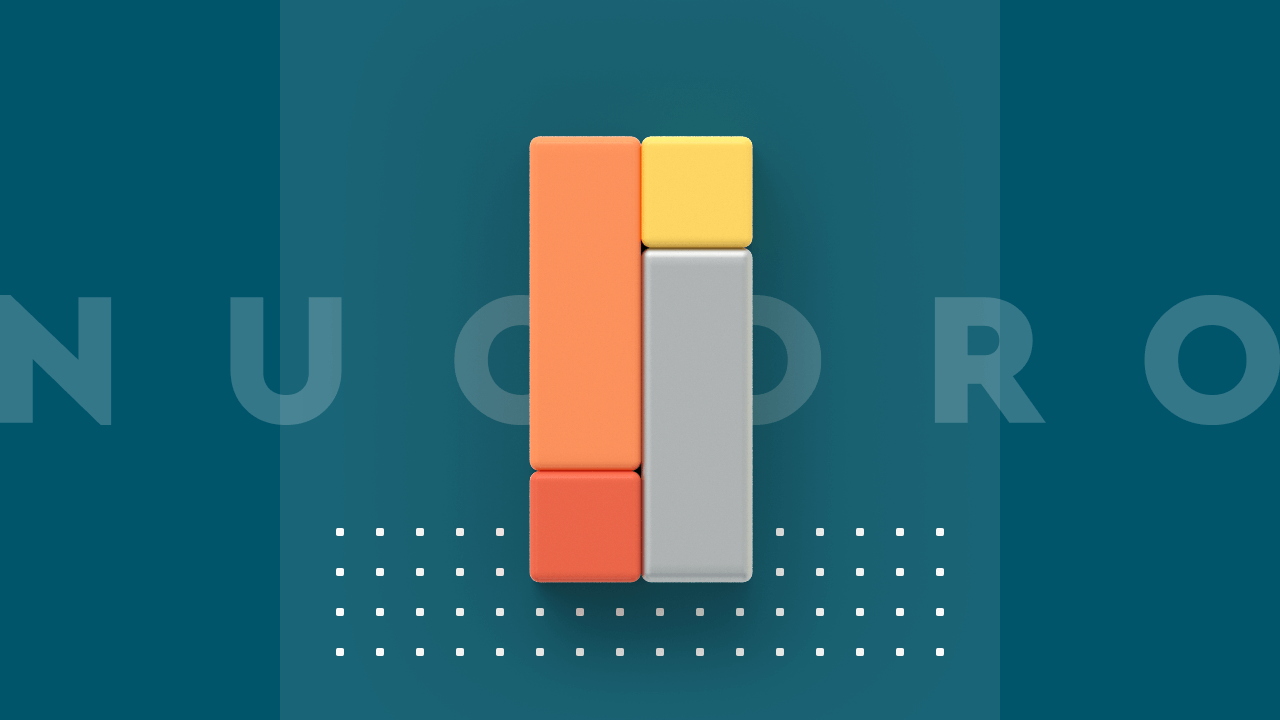 Embedded wealth functionality is set to provide traditional wealth management with its most significant disruption in decades. Here's why the time to respond is now. 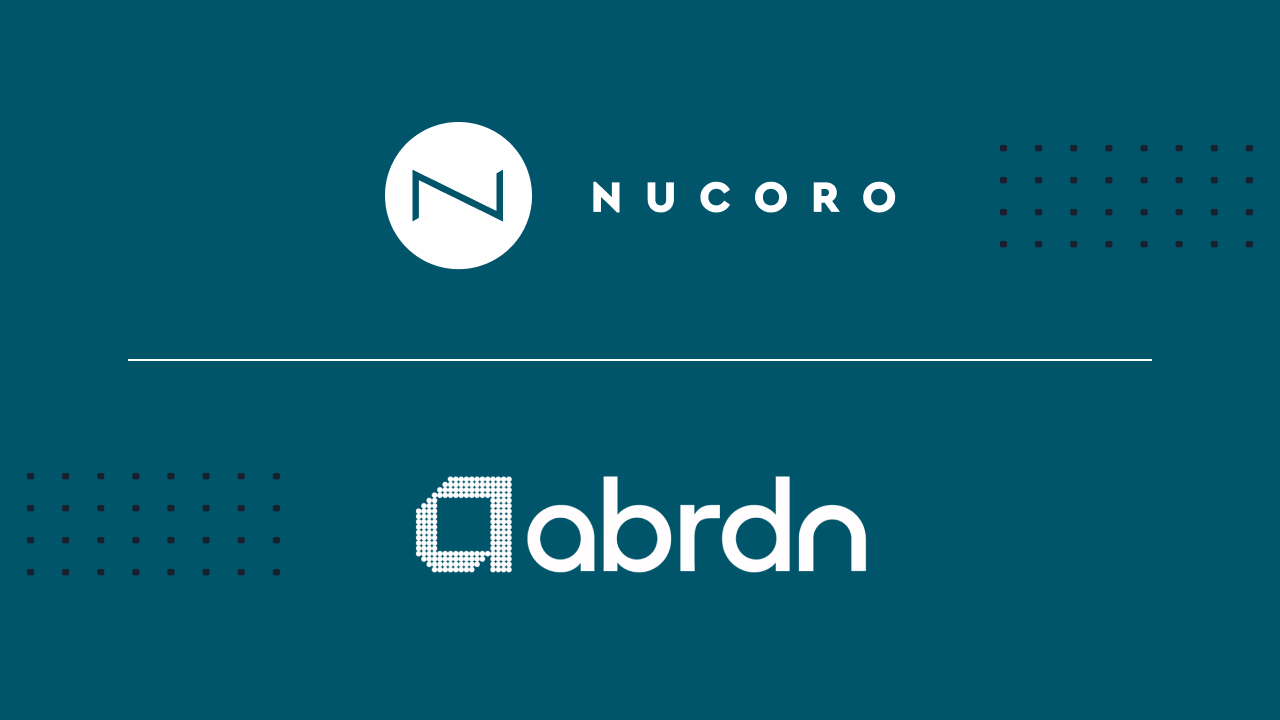 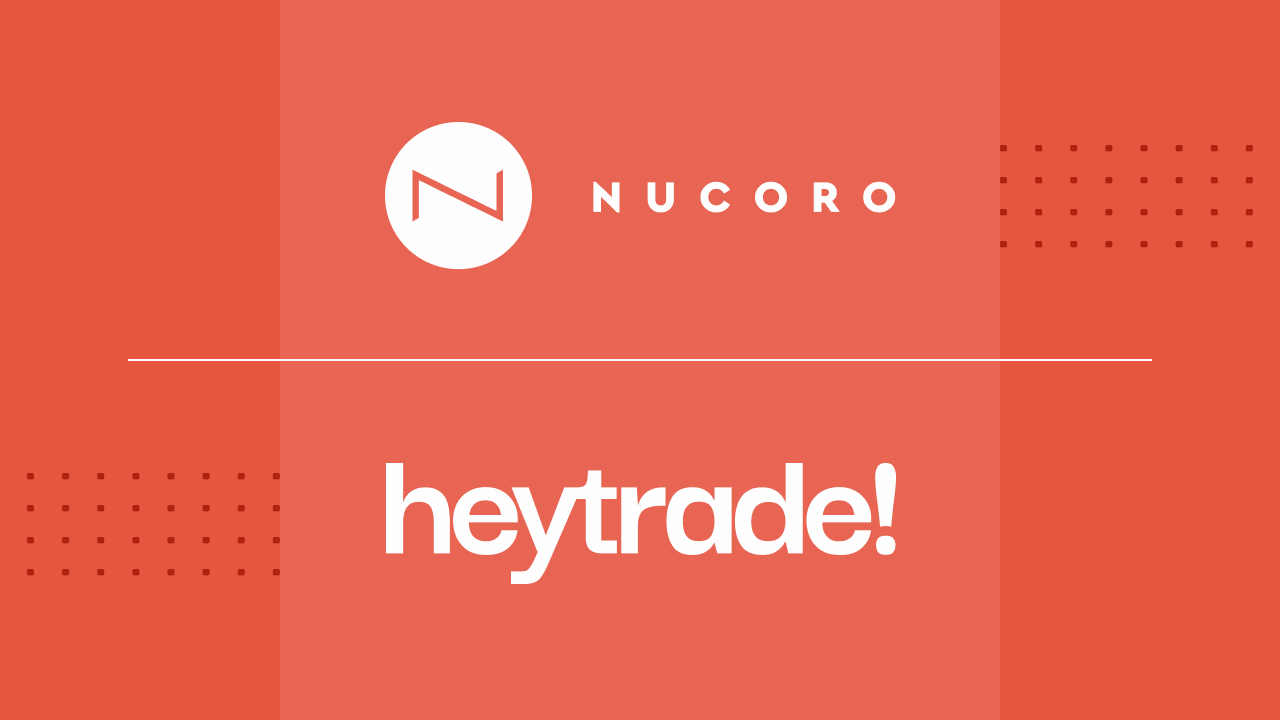 Digital retail investing solution is based on Nucoro's cloud-native technology and easy to use APIs, allowing for flexibility and future product scaling 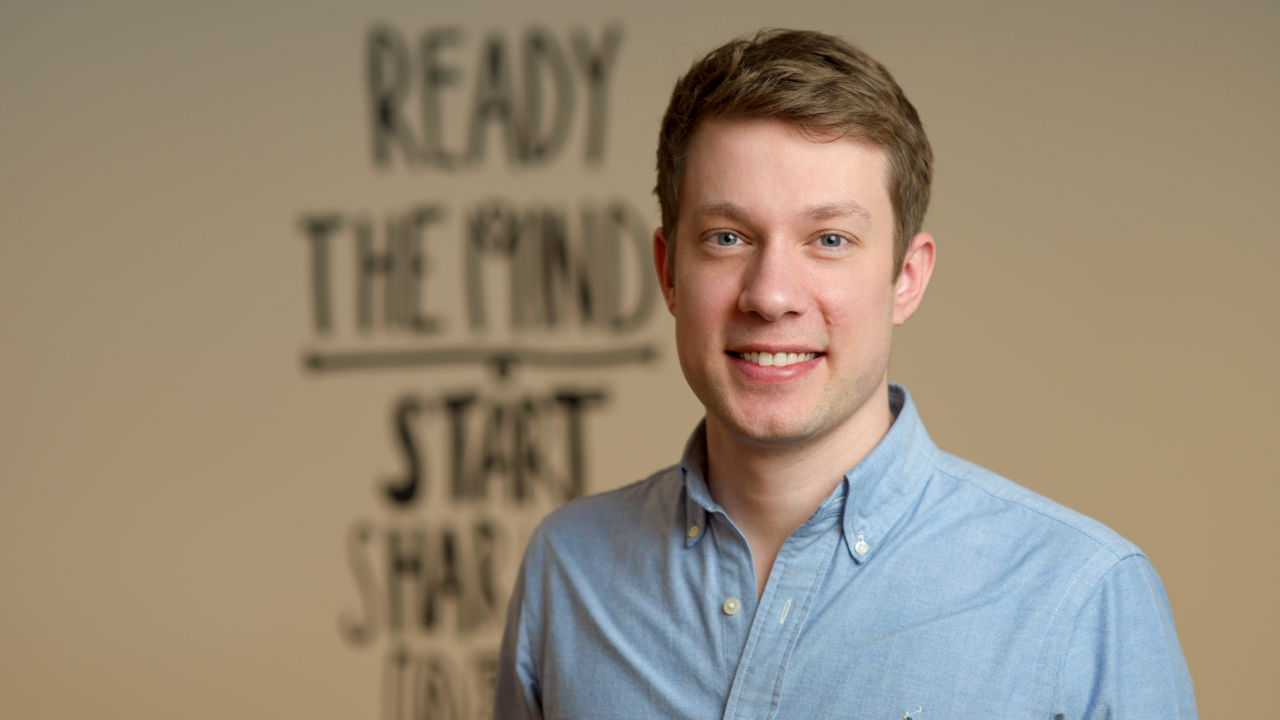 WealthBriefing interview: An ability to meet a variety of client challenges

WealthBriefing talked to Lennart Asshoff, CEO at Nucoro, after recent award win about what has made the wealthtech firm stand out this year. 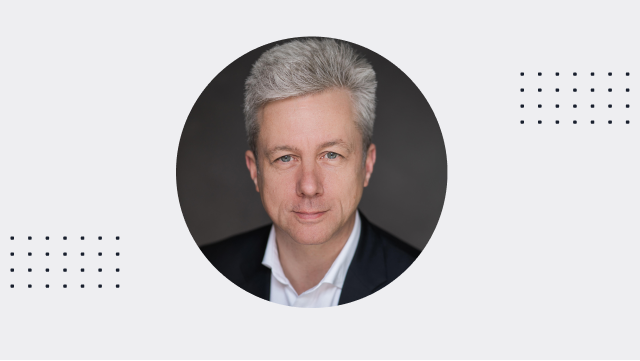 Leading wealthtech platform provider, Nucoro, has today announced the appointment of Steve Hoy as its Head of Partnerships, bringing with him over 30 years’ experience in financial services. 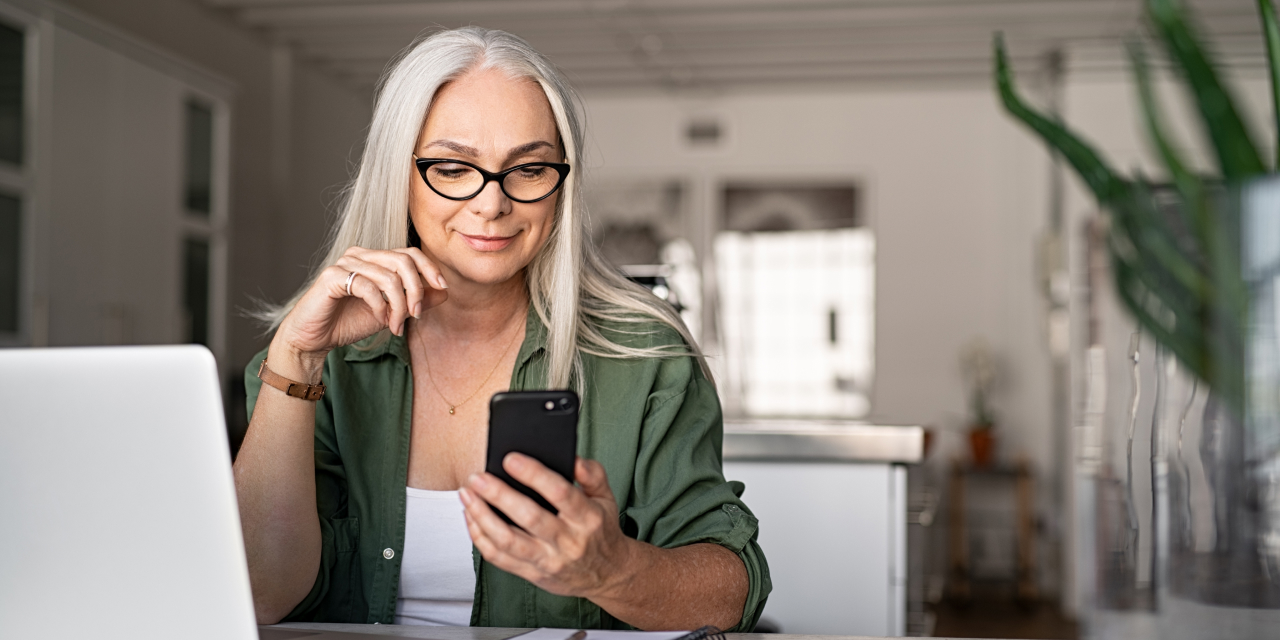 Stay tuned with our newsletter

Only the best curated content, straight to your inbox.

Thank you! Your submission has been received!
Oops! Something went wrong while submitting the form.