How Nucoro is helping banks

to take on FinTechs

Financial institutions are not as nimble as FinTechs, but that doesn’t mean they cannot offer their own digital services. The answer is integrating technology stacks designed by specialised companies, that enables the financial institution to easily implement a range of digital investing propositions.

This article was originally published on Fintech Global.

The Nucoro Platform didn’t come to life in the traditional way. Its initial product team – Nikolai Hack, Lennart Asshoff, Antonio Melé and Jose Maria Carbajo – was part of a joint venture between partners of the Switzerland-based Rothschild family and a Spanish asset management firm. The organisations were looking to experiment with technology, and their goal was to build a fully automated wealth management platform for the mass affluent market. This development was at a time when the first wave of robo-advisors were being built and there was a big opportunity in encouraging the general public to actively invest. Their efforts resulted in the launch of Exo Investing, a UK-based company which is still live today.

However, during that development the team noted that while there was a big opportunity with building a robo-advisory platform, there was a far bigger opportunity at hand. Nikolai Hack, Nucoro Head of Strategy and co-founder, said, “I think it was a very important realisation that we’re much better at building technology than we were at distributing a B2C proposition.” This led Hack, Asshoff, Melé and Carbajo to the realisation that the real opportunity was a platform to enable other organisations to create their own digital money management propositions – saving, investing, trading and wealth management.

One of the contributing factors for this move away from building one platform came down to “the decision which battles we wanted to fight,” Hack said. Acquiring end-clients is not easy. Even the biggest standalone wealthtech brands will spend a lot of money to attract customers, which is not viable unless you have “very deep pockets.” Instead of trying to outspend them on marketing budgets, their team wanted to focus on building innovative technology stacks, which organisations could leverage.

A lot of established banks have millions of customers, but they struggle to develop digital solutions that compete with the agility and depth of FinTech offerings. The complexity of the banks and their legacy build up prevents them from adapting quickly to market change and innovation. Instead of trying to keep pace with FinTechs, a bank can use Nucoro to implement the latest technology, without having to worry about building it. “At the core of what we do, we don’t reinvent the wheel. We look at what is working, what are others doing, how is it working, why it is working and then we bring the functionality onto the platform. And then we allow existing players to capitalise on it,” he said. The incumbents, which already have millions of customers, can engage existing customers, attract new ones and prevent them from leaving the ecosystem by offering digital services that meet their expectations.

When choosing to build a solutions platform, the Nucoro team also noticed a ripe opportunity in the market. Most people are not investing. Hack explained that around 80% of retail banking clients do not do any investing. They may receive a little bit of interest from their savings, but that is it. “It’s a huge opportunity for banks to activate these clients and shift them to other activities. But it’s also a huge win for the clients themselves as the money is actually being put to work for them. It helps them to retire earlier or retire safely, gives a cushion for major expenses, helps them to buy property and assists them in sending their child to college by building a tuition fund.”

Nearly half of companies in the wealth management sector could disappear in the next ten years if they fail to digitise, according to a study from Nucoro. Its research also claims that only 43% of wealth managers are looking to increase spending on digitalisation in the coming three years. This reluctance to digitise has been a common theme for Nucoro during its development. Hack stated that there is a hesitance and reluctance around technology within wealth management. In particular, automation is often seen as replacing human input and as a result is met with scepticism. But it is simply a case of educating firms. Hack said, “the terminology of robo advisory does a bit of a disservice to our industry, because it means the robot replacing the person and that sounds quite scary for a business that relies on human interaction and has that at the core of its business.” However, robo-advisory for Nucoro is not replacing people, the hybrid propositions in which the automation and human touch can be flexibly adapted ensure advisors can spend more time on the important tasks like building a relationship.

Hack also explained there is a misconception of who is interested in digital offerings. While a lot of focus is placed on millennials and Generation Z being tech-savvy, all generations are eager to interact with online services. Many consider older generations to prefer brick and mortar services, but this is not the case and there is a huge uptake from older people and online services. They are comparing the fees, prices, user experiences and more. “Why would they not also change their mind,” Hack said. The pandemic has only accelerated people’s reliance on technology and more people are looking at those offering the best digital services. Wealth managers and banks that fail to offer those types of interactions are at risk of vanishing.

Playing to your strengths

This need for education is a key theme Nucoro has experienced during its development. Hack stated Nucoro’s biggest competition isn’t another service provider, it is the banks themselves. The trouble is many believe they are better off building a tool in-house, when it is a much trickier path. “Everybody should play to their strengths. And we have spent many hours building technology. We are an inch wide and a mile deep when it comes to building technology for these kinds of propositions. Whereas if you’re a bank, you need to do a lot of things, but being extremely technology proficient is probably not what you have focused on over the last years.”

There are so many other priorities banks face, such as distribution efforts, compliance, handling the assortment of products they offer, trying to do all of this and build cutting-edge technology is trying to do too much. Traditional financial institutions were not built to be technology-focused. This means they would need to hire an entire tech division to handle this innovation and development, which takes time and money to establish. It is much better for banks to focus on their core competitive advantages and leave building technology to Nucoro, which has a better chance of creating the next-big technology stack. Instead of doing everything themselves, Hack believes firms will have a better outcome if they leverage other platforms and powerful ecosystems.

Nucoro, for one, enables firms to keep up-to-date with competition through simple integrations. It’s flexible, cloud native platform empowers a client to easily build their very own robo-advisor, which can be offered to customers. But going further than that, the platform can then be used to create an advisory proposition, trading proposition or a wealth management service. This then opens a wave of new markets clients can move into with broadened offerings that future-proof their business. It also gives them flexibility to roll out services in different jurisdictions and experiment with tools, without having to spend millions building it.

For more information about how Nucoro can help your financial firm, get in touch.

abrdn has concluded a deal to buy Exo Investing from Nucoro for an undisclosed sum. The acquisition will help abrdn develop an industry leading technology solution for investors, powered by the Nucoro Platform. It is expected to complete in Q4 2021*.

Innovation is hard, but there's no need to see it as a huge upheaval. Check out these five small but strategic tips to help with banking innovation.

The impact of technology on finance takes many forms, some immediate, some likely to develop over time.

Serving High Net Worth Clients At A Distance

How does a bank continue to offer this sort of service when face to face meetings are impossible?

How banks make money and why it's shifting in 2021

For the major part of most of our lives, the answer to the question “how does a bank make money” seemed to be an obvious no brainer - earning interest from loans. However, to anyone who has recently been paying attention to central bank activity and monetary policy across the world, this answer poses a somewhat puzzling picture. How can banks make money in times like these?

The Rise of the Digital Retail Investor: An industry perspective

A panel of financial and investment experts discuss what the shift in consumer demand towards digital investing means for the industry. 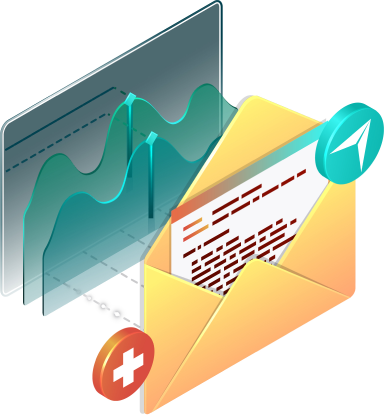 Stay tuned with our newsletter.

Only the best curated content, straight to your inbox